The worrying rise of violence against female politicians

Violence against female politicians is an intimidation tactic, and it's working. 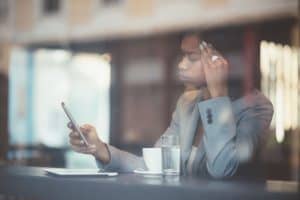 Politics has always been an old boys club, with women denied access to political institutions globally until relatively recently. In the UK, the first female MP was Nancy Astor who took up her role on December 1st, 1919. That message still resonates, even though it is one century later, almost to the day. A record number of women are stepping down from public office. Today, the violence against female politicians casts a shadow on the political arena.

In the past days in the UK, a record number of senior female MPs have resigned from office. Most of them cite personal reasons and the level of abuse they receive both online and in person. Heidi Allen, MP for South Cambridgeshire, said recently that she was “exhausted by the invasion into my privacy and the nastiness and intimidation that has become commonplace.” Other female politicians have received death threats and had their offices attacked. Many have even engaged personal security services.

Of course, no one can forget the horrific murder of Jo Cox, the M.P who was killed by a right-wing terrorist in June 2016.

Researchers from Amnesty International and Element AI, an AI software start-up, were quoted in the FT in December 2018. They found that 1.1m abusive tweets were sent to the women they were monitoring. This is one abusive tweet per thirty seconds. They were sent to all female members of parliament in the UK, female members of Congress in the US, and a number of journalists working at major publications across the political scene.

In the US, The Squad is a group of four Congresswoman elected in the 2018 United States House of Representatives elections. It is made up of Alexandria Ocasio-Cortez of New York, Ilhan Omar of Minnesota, Ayanna Pressley of Massachusetts and Rashida Tlaib of Michigan. They have all been targets of political harassment and abuse. President Trump tweeted “The ‘Squad’ is a very Racist group of troublemakers who are young, inexperienced, and not very smart,”  after suggesting the women “go back” to the “crime-infested places from which they came.” (Only Omar, a Somali refugee, was born outside the United States.) Here the overlap of racism and misogyny is evident. In the UK MP Diane Abbott receives more abuse and threats than any other MP; they target both her gender and race.

Unconscious bias can marginalise people without the perpetrators even realising. Tackle this with our Unconscious Bias Training Workshops.

Europe is no better

Following the #MeToo movement, European parliament workers began to come forward with stories. These range from lewd comments and gestures to sexual assault. As a result, a blog, MeTooEP was launched last October. It was a form of response to the frustration that the institution was not taking action fast enough to combat sexual harassment.

A study examining harassment against women working in parliaments found that 85% had experienced psychological violence. A further 58% online had received sexist attacks on social media. A #MeToo movement was also set up by workers in the European Parliament. They wanted to provide a platform for employees who had experienced sexism or sexual harassment. As well as this, they wanted to lobby for reforms of existing anti-harassment structures.

A report from the Guardian highlights the work that the Armed Conflict Location and Event Data Project (Acled) is doing to understand the threats that women face. Their work shows that the spike in violence against female politicians is also appearing in the area of general activism. Research was collected from reports across Africa, south-east Asia, South Asia, the Middle East, south-eastern and eastern Europe and the Balkans by the same organisation. From the reports a recent increase in violence is clear. There have been double the number of cases reported during the first quarter of 2019 (261 events) compared to the first quarter of 2018 (125 events). This is against politicians, activists, demonstrators, and journalists.

We cannot ignore the correlation between misogyny and the rise of populism. Fintan O’Toole, an Irish author and journalist, examines this in his work. He was recently interviewed about his book, "Heroic Failure. Brexit and the Politics of Pain." In this interview, he suggested that the populism is mainly (although not exclusively) driven by white males. In both the UK and the US, as well as some parts of Europe, a number of male leaders are publicly sexist and actively inflame the situation for their own political agendas.

The message to women is clear. Women, if you move out of your "proper place" and dare to rock our boat, we will come after you.

Make sure that women in your company are receiving the support they need by offering Mentoring Programmes. Check out 3Plus' Experienced Mentors HERE.