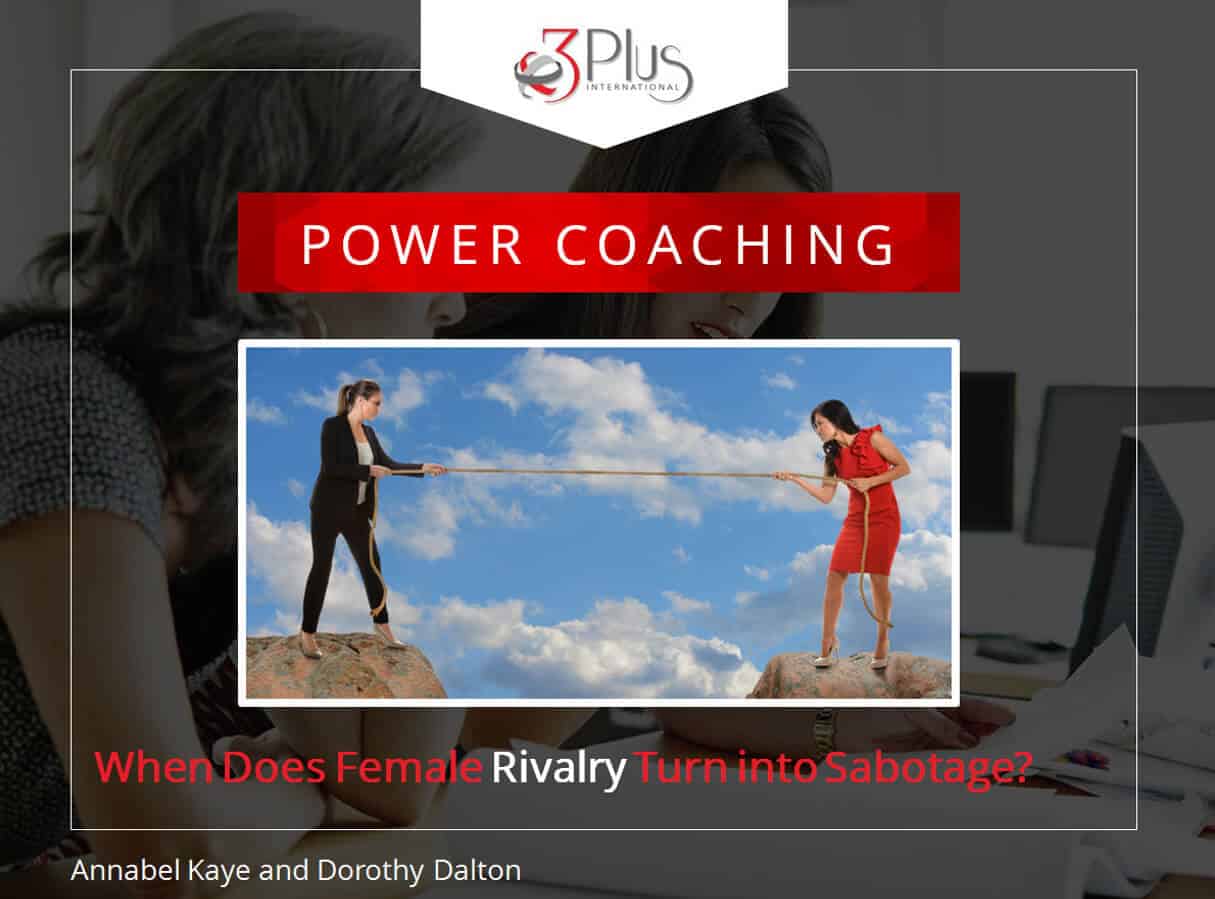 Enter your name & email address to unlock this free podcast

There’s a lot of stuff written on social media about  female rivalry and competition between women. Some of it makes sense and some of it is confusing. Organizations are pyramids with fewer roles at the top than at the bottom. It is inevitable that at some level, as more and more women are in the talent pipeline, at some point they will be in competition with other women.

Many would say that women aren’t competitive. I would suggest re-framing that. I think it’s more accurate to say they are not as competitive in the workplace as men. We have also been made to feel guilty about being competitive. We need to get over that.  Here are the reasons:

Learn some insights from Annabel Kaye, Employment Law Expert about how it’s OK to be competitive and the danger zone when it can turn into sabotage. Understand the benefits of mutual support and how all women can profit from having strong strategic allies, role models and mentors.